Former chairman of KSHRC, Bangalore and former Principal Secretary (primary and secondary education), among numerous important administrative assignments held like Women & Child Development, Forest & Environment etc ; An Economics graduate from Stella Maris College and Post graduate in English as well as in’ Public Enterprises and Development’ Paris; and Human Rights Law from NLS Blore. She joined IAS in 1976 and was allotted Karnataka cadre where she has worked in important assignments like Principal Secretary to Govt, primary and secondary education as well as Additional Chief Secretary to governments. 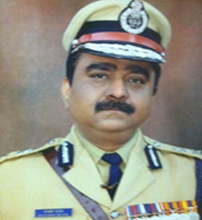 Former Director General police and Head of police force, Karnataka and Police Commissioner Bangalore. He served many challenging assignments including Commander of Task Force against dreaded Veerappan and his gang, and decimated their strength from 200 to 5 only. His other important assignments were IG intelligence & ADGP L& O. He has a formidable reputation as a Hard-working and daring officer and is one of the most highly decorated and rewarded officer in the entire country, Inclg Karnataka CM’s gold medal, President‘s police medal for gallantry, and other prestigious awards ! He has become a legend & is well known in Karnataka . 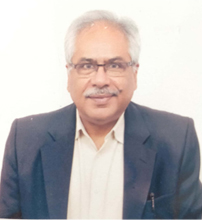 Former Principal Chief Conservator of Forest and Head of Forest Force, Karnataka; Was also Chief Wildlife Warden of Ktk, and has 15 years experience in ecotourism as head of Jungle Lodges and Resorts( JLR); Was instrumental in launching the prestigious Golden Chariot Tourist Train. A Masters in Zoology from DU, he has a Masters degree in Development Policy and Planning, University of Wales, UK; He had a long academic career in indian Institute of Forest Mgmt & is visiting faculty in University of Wales, UK; presently he’s tourism and wildlife advisor to IDC of Karnataka and Mudskipper. 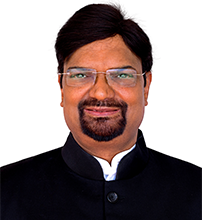 Former Additional Director General, Doordarshan Delhi and South India, he has vast experience in broadcasting, journalism, art, culture literature and has initiated many innovative programmes on Doordarshan. He initially served as labour commissioner in Ministry of labour, Govt of India as well as other prestigious assignments. He has a post graduate degree on labour laws from BU as well as industrial relations, personal management, and journalism degrees as well as a PhD on Media ! He’s also ‘Officer Commanding’ in Ktk Civil Defence. He was conferred the prestigious Nadoja award for his immense contribution to Karnataka State culture and language by Kannada University. Amongst his numerous awards and recognitions ,he is a Karnataka Rajyotsava awardee as well . 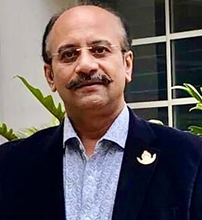 With over 23 years experience in corporate working, he is in the top management of IBM. A thought leader and authority on global SME for process consulting, supply chain and operations, he is an ‘IBM Academic Ambassador ‘ having won numerous professional awards for leadership,eminence and excellence. A Xaverian , he did his engineering and is a Certified lean 6 Sigma master black belt with degrees from D’Amore-Mckim School of Business, as well as an Harvard alumnus. He’s an honorary guest faculty and regular speaker for various management and engineering institutes including IITs & IIMs. He is also a member of the ‘Advisory Board of Studies’ of St Joseph’s College, Bangalore. Associate Professor, Bangalore University she specialises in women’s studies. She was earlier PG lecturer in Department of sociology, Christ University. She has undertaken numerous research projects including One for Ford foundation currently. She has a number of publications public channels published on various important and social topics. She is a chapter contributor for various books and syllabi hand has authored two books as well. A postgraduate and PhD from JNU, she is the recipient of BPRD government of India Fellowship for doctoral work and has been guiding PhD students. She has represented India in various prestigious seminars and workshops. MBBS, MD (Pediatrics, Fellow of the American Academy of Pediatrics), Pediatric Infectious Diseases Specialist (American Board Certified)at Bengaluru. Extern of Harvard Medical College & Mount Sinai School of Medicine, US. She is the only USA trained, Pediatric Infectious Diseases physician in Karnataka. She has expertise in most sophisticated and contemporary diagnostic methods and therapeutic modalities to assist in the care of children with infections as well as immuno compromised patients. She is a recipient of numerous awards by ICMR And has done great original research work and presented outstanding research papers & was awarded at The World Society of Paediactric infectious diseases. Being an outstanding sportsperson and basketball player, she represented India in women’s basketball at numerous international championships , & also captained the Indian team. She Captained the Karnataka women’s basketball team as well ,and won many medals. Received the Karnataka State sports award and Kempegowda award for service from the state Govt. She was the Vice President of basketball Federation of India as well as Karnataka Basketball Association. An alumni of Mount Carmel College, she plays various other sports like squash tennis and swimming as well !